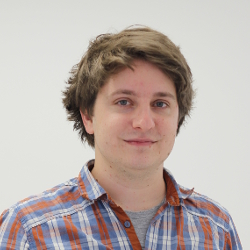 Milan Durňak – “an ethnologist with a camera in his hands”. He graduated from Charles University in Prague in ethnology at the Faculty of Arts. He is a PhD candidate and continues in experimenting with visual anthropology. His thesis was based on film and since 2011 he has been involved in the production of a documentary film series.